Great God of Wisdom
Creator of all things 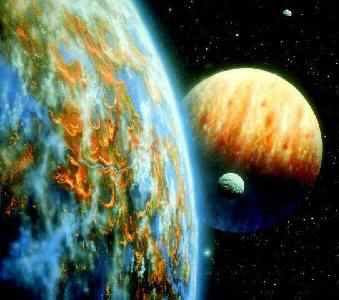 We saw in the message about Celestial bodies, what meant the association of planets to the Gods and why Nibiru, the red one, was called or considered as the god Marduk.

Now, we are going to deal with Neptune and especially with its correlation with Ea, our Enki, benevolent creator and protector God of the human race.

In a message concerning the Rune 21, I treated with the symbolism of water( soon in English). Thus I shall not go back on this and focus specifically on Neptune. 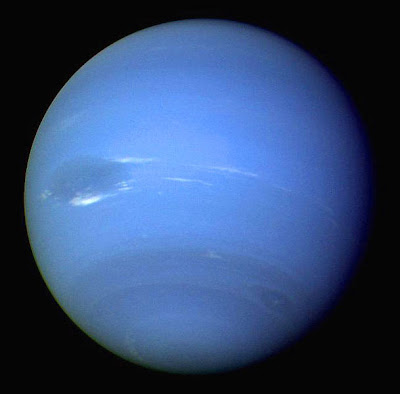 Neptune is the master planet of the sign of Pisces with Jupiter. The qualities and defects of the sign and the planet intersect without taking into account some other parameters.
It is too simple to consider Neptune as a planet of illusion, directly linked to drug, alcohol or the secret services. A planet that, in a certain way, would manage "dirty or disastrous things." The natives of the sign of Pisces are free to take drugs or to use their natural talents to sing, paint, love, cook, or question.
As the sun pours its energy throughout the solar system, in the same way Neptune, according to its natal sidereal position or not, its transits, its retrogradations and its cycles will dump generously your natal chart with its pure energy. You remain free to accept it, receive, use or not.
Neptune deploys a very high energy. It’s said that this planet is the superior octave of Venus. Consequently, it is the master planet of artists and creators because it offers an outstanding sensibility and perception.
This energy is so fluid, so light, so subtle and also so profound, that it is called "divine".
Naturally.


Ea, who will become later Enki, Prince of Earth, inhabits this planet with his intrinsic qualities:
. the compassion
. the goodness
. the sensibility.
. the refinement
. of course, the creativity
. the inspiration
. the highly-developed psychic gifts
(do not forget that Ea is also the God of Magic).

Neptune spreads its energy on all other planets. Actually, in this profoundly spiritual approach, it is the one of the authentic path : the one that leads towards the self.
Many illusions or mistakes can make us stumble, but if the determination is there, the quest will succeed.

So, what the astrologers forget too often, it's that Neptune represents WHAT GOD EXPECTS FROM US.
Thus, where Neptune is placed in the chart, there is the most direct path to Enki.
For example, if your Neptune is in Scorpio, the most direct path is the study of esotericism and the history of civilizations and of Earth to contact him.
Its position in House will explain to you which ways or circumstances to use.
But, you might say, Neptune is a so-called "generational" planet , which includes, as its name indicates, a generation, therefore not too active in an individual chart.
Absolutely wrong, I would answer.
Absolutely, wrong.
A generational planet is always, except rare cases, in aspect with personal planets and will "colour" them with its energy.
Besides the position in House directs the influence of the planet in a specifically important domain.
Let’s take an example:

If you have in your chart, a conjunction Neptune / Mars, you will constantly oscillate between the compassion, the understanding of people behaviour and the anger even violence, maybe repressed against this specific behaviour.
You will seem to be cyclothymic, " a little bit crazy " to the persons who know you little, because your attitude will look erratic or whimsical.
But in fact, you are not "mad" at all. You have simply a conjunction Neptune / Mars, two incompatible energies. If this conjunction takes place in the 12th House, your feelings will remain more subterranean, better hidden, you will control them in front of others, but they will undermine you inside.
If it takes place in the 1st House, periodically you will come into conflict with others. And you will doubtless end without knowing how to handle all this.
What is the solution?
Work with your sign of Leo. Where is it? Which House? Are there planets inside ?
Why the Leo sign? 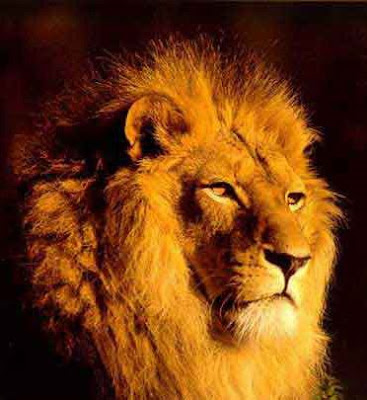 Neptune is the master planet of Pisces.
It is, above all, the planet by exaltation of the Leo sign. And thus works with the sun, master of Leo.
A conjunction Sun / Neptune favours the access to a high level of consciousness and of psychic ability, of strong gifts for intuition, premonition and prescience.
A very good conjunction as Venus / Neptune (especially if you are a creator) and Jupiter / Neptune.
So, to calm your Neptune / Mars, one must work with the Leo energy where Neptune is more solid, tangible, and higher.
It will command the Sun to soothe and heal with its warm beams, all this “mess Neptune-Mars."
What link with Ea?
The linkage is crucial.
Neptune is the furthest planet from the central sun.
It takes 165 years to complete its revolution around the sun.

Pluto, which now is no longer a planet, (what the Sumerians already told 6 /7000 years ago ...) plays the “transpersonal Mercury”.
Therefore Neptune finds its place, its function of DOOR, of passageway between our solar system and the adjoining galaxy. There, where Nibiru gravitates, celestial body of god Marduk. Remember in the message about the epic of the creation: Marduk responds to the DESIRE of Neptune (which generated him) by fighting Tiamat.
Neptune, which has the power to act by "electro-magnetic impact” on Apsu / Sun and to put it to sleep. This means to have its emission of energy under control.
Neptune, which surrounds our system by its revolution, and so produces a protective energetic barrier.
Neptune, the Door; Neptune the Guardian of the System, assisted in this by Pluto which entered, for a long time now, the orbit of Neptune.
It’s why Neptune corresponds to the Depth about which speaks Zecharia Sitchin.
(The word “Depth” includes several meanings that I shall deal with in another message.) 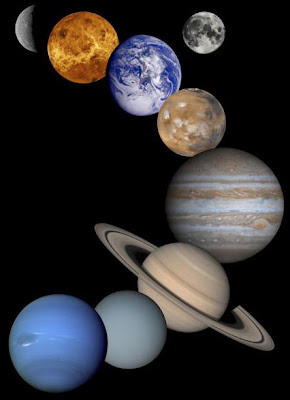 So, as always when the Knowledge gives the authentic truth, everything crosschecks.
EA / ENKI is really our creator god. But not only.
He is the god PTAH of Egypt, who self-generates, who is the Father of Gods, the one who created the universe and animates it with his sacred breath. 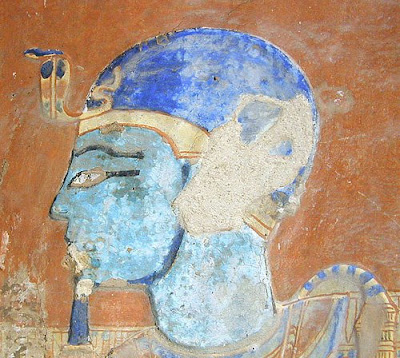 He is the God with thousand names.
So, you understand now why considering Ea as only Neptune / Poseidon, “splitting the waves with his tank” is pretty much simplistic.

EA is associated to the water at the beginning, yes.

But the WATER OF LIFE, THE SACRED WATER,
THAT ALLOWS TO CREATE
AND TO OFFER LIFE AND IMMORTALITY!
(and in the process of creation, the essence of life symbolizes the DNA)
Then, by analogy, by ease or still convenience, to say that Ea governs the seas and oceans, and rivers, ok !
But he is at first and above all,


The SOURCE OF LIFE, THE GUSHING LIFE
That's why Ea / Enki brings so often the small bucket filled with water of Life. Hence the translation of his name with "the one whose home is water or is water."
Obviously, he is the House of Life, of Water of Life, of forever sacred Water because source of immortality. 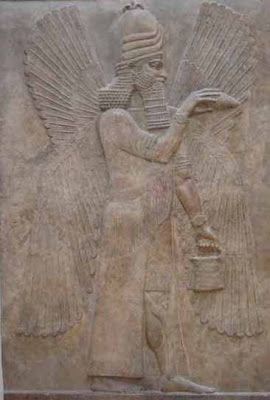 The Water of Ea / Enki opens doors. As a result, he entered the asteroid belt without any incident before coming down on Earth. (see Lost Book of Enki - Z. Sitchin - Bear and Co)

By his own genes, he created the Man. The second wave in particular, to whom he gave at the same time, intelligence, knowledge and ability to reproduce.
EA is our liberator God. It is by his grace and unique grace, that we are no longer slaves today. EA / ENKI has freed Mankind at the cost of his personal peace and his own reputation, him whom family, his allies and his own Annunaki race dragged through the mud, because enraged against him to have donated to his creatures a bit of his potentials.
In us, forever, whether we want it or not, vibrate his inhale and his exhale, his strength and his power, his integrity.
Anything that the man has good comes directly from Enki. Including compassion, empathy, kindness, forgiveness, idealism, altruism and creativity.
EA / ENKI is a god of forgiveness, a skillful creator, an outstanding scientist.

UNIQUE AND LEGITIMATE FATHER OF THE HUMAN RACE,
UNIQUE GOD CREATOR OF OUR EARTH AND OF THE SYSTEM.