and
THE HISTORY OF MANKIND

1
I am convinced of the existence of Ea as a being and not pure disembodied spirit (ethereal or intangible) since a moment now.
Ea is often represented as a Pourer of water, hence his advent coming very soon. We shall see why. 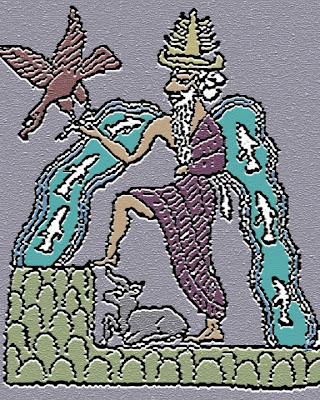 I am convinced, I said, that Ea is real, because my personal researches brought me to Him by different ways from those of Zecharia Sitchin.

I have just began to read his books and I am stunned to notice that many of my intuitions were right.
Sitchin is a scholar, a scientist, an expert of the Bible. He does not read it as everyone else . His almost unique knowledge of the Sumerian language, and the clever translation he has made from the Sumerian tablets, dating of more than 6000 years ago and, which were discovered only some decades ago, brings a new and very coherent lighting of the history of the Humankind.

Be honest with ourselves.
When did the religions convince us of their truthfulness?
Did we not keep in our inner selves true and fundamental questions?

3 - Can the man bear the entire responsibility for the state of the planet? Has he not been rather manipulated, guided, controlled towards choices far away from his original nature?

4- If God is omniscient, almighty, omnipresent, how the famous snake, Satan for the Christians, has been able to penetrate into the Paradise with so much ease? 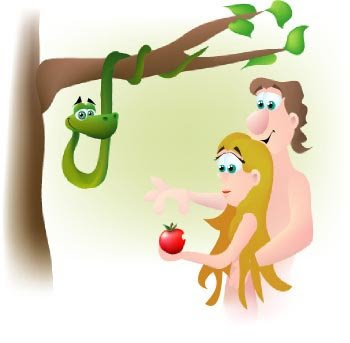 (There is no Satan in the catholic meaning, cruel and devastating with hooves and horns, however there is an Adversary who relentlessly combats the attacks made on our liberties and the enslavement of our psyches, the Bearer of Light whom one denigrates and massacres to hold Him away of his children).

5 - Satan, according to the Bible itself, made taste Adam and Eve the fruit of the Tree of Knowledge, contrary to the divine ban. Thus he offered the knowledge, and consequently the choice for the human being.
This famous "snake" thus did to the Man a service by instilling in him the capacity of freeing himself from the diktats of the false gods.

6- Would the ban to reach the knowledge made by God mean that he is afraid of the competition and that the Man, little by little, discovers that he is free from Him? Sort of " small god " on Earth? Or is it rather that this god, completely invented by religious fanatics and without scruples, knows that the man has divine origins because created by Ea/Enki and that if he understands how much he was deliberately manipulated and dispossessed of all his powers, he could " kill the false gods ", simply by developing his psychic strengths and by stopping any worship to the impostors?

7 - Can a “God of love” govern his people by fear, terror and especially the ceaseless making of guilt of the human being for his thoughts, his acts, his body, his feelings, his emotions?

8 – The competition between the Gods as Jehovah and Allah generates terrorism and fanaticism. Is it divine? Is it love?

Ten thousands other questions would find here their place, but the purpose of this message is to replace the history of Ea/Enki in its context.

One more thing
Do not amalgamate the meaning of the word God with the Life as such.
There is a Source of Life which is infinite, eternal, inaccessible, of which the mystery of the existence remains total.
Then Gods, extraterrestrial beings endowed with such psychic powers and with such knowledge that they appear to us as Gods.
That's why I think that yes, there is A Unique "God", as a Unique Source of Life for our solar system.
But yes, there are also
. gods of races, who manage more or less well their populaces and offer them benefactions or cataclysms according to the choices, the moments and the wars between them. They are limited, violent gods and without consciousness. We owe them the current state of the planet.
. and authentic benevolent, protector, creator gods, such Ea / Enki and his divine companions, heroes of an entire incredible epic.

So, the human nature would explain more easily. We have the qualities and the defects of our creators.
If we have been created in the image of our Father Ea/Enki, the global ( the whole planet )education which is insidiously distilled in our brains, the constant depreciation of all whom we are, the always renewed imprint of the "sin" and of the guilt in our mind by the false gods cause an evident regression and an inevitable total devastation. 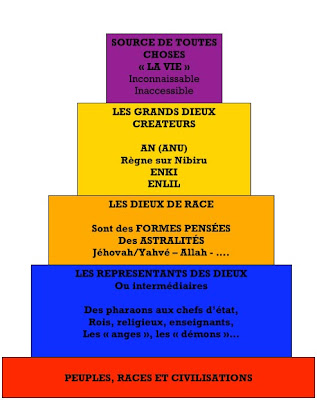 So, all the religious and spiritual teachings have a part of truth which results from Ancestral Knowledge, fundamentally previous to the Bible, to the Koran, to the Mahabarata and others.

It is important to be open-minded to apprehend the history of Enki.
Since the dawn of time, always the civilizations spoke " about beings coming from elsewhere”.
Sumerian tablets are engraved and decorated with spaceships straight. 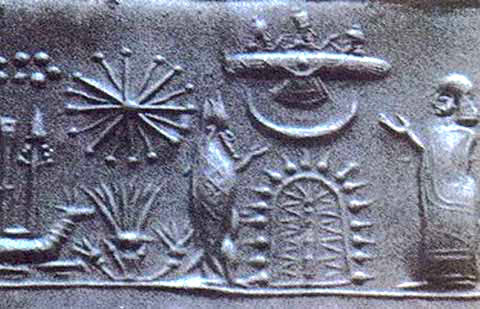 The Myths and legends are realities, as I always thought. But adapted according to the cultures and the races.
We know : on all continents, the same information, the same stories under different aspects, when contacts and communications between people were impossible.

And finally, the famous " fall of angels ", for example, is the arrival of extraterrestrials, gods whose technological headways were phenomenal and absolutely not the collapse of small naughty angels, becoming by, we don’t know how, devils.
The Bible was written to keep people under control, on all fours, on the leash. Consequently, it has been falsified for this specific purpose.

So, as says Sitchin concerning the Bible, the locations are often just, but not always the interpretation of the facts.
And, he “clings” a lot to the Bible. And his conclusions are erroneous and no doubt dictated by his origins.
Because naturally, many people say themselves: " But what will remain for us if the Great Sacred Book is a trickery or, at least, an "adaptation" of the reality?
The freedom for thinking and for choosing !
Ea will remain, him who wants us free, and who proved it by rebelling himself to save us against the diktats of the other Gods, us who are his children. 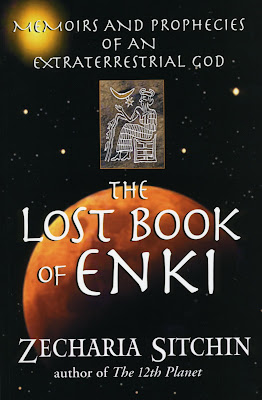 I shall base these explanations partially on "The Lost Book of Enki" of Zecharia Sitchin, editions Bear and Co, but not only.
Then, if you want it, come with me to discover our history and realize how much we were deceived and especially how much our questionings were full of wisdom and of common sense.