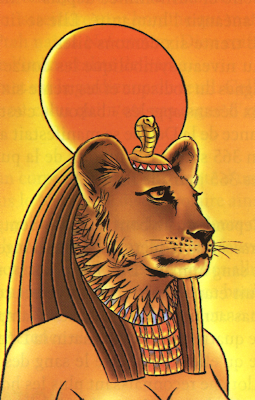 We saw in the message about Bastet, Sekhmet is angry Bastet. When Bastet defends her children and faithful, she becomes the " furious lioness ", Sekhmet.

The word " sekhmet ", means "powerful".
Actually, Sekhmet was always associated with the ardent and devastating solar strength, leaving behind only scorched earth.
She was always a difficult goddess "to classify", and the priests, under the Ancient Empire, eventually married her to Ptah hence would have been born the perfect Lotus, god of the sacred botany,Nefertoum.
Besides, this Egyptian trinity was got back by numerous keen on Egyptology communities or at least claiming to be and many images as the one below particularly attractive (it's necessary to acknowledge it) circulate and of which the source is unknown to me. 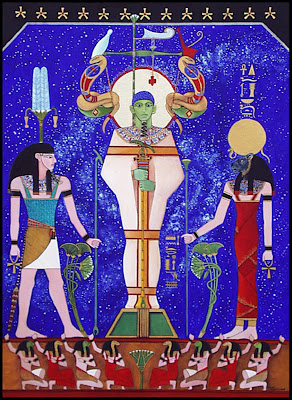 But really, Sekhmet is Bastet.
(But naturally, considering the complexity of the Egyptian Mysteries, it is possible that new elements will be discovered, including by myself, in which case, rectification would be made).
Sekhmet, daughter of Râ (also), is a solar goddess, and the disk with Uraeus, - representing the celestial body, which she carries on her head gives evidence as the image below where she is sculptured on the stone, following the Great God Knoum, in Esna temple.
( Source: click on the image). 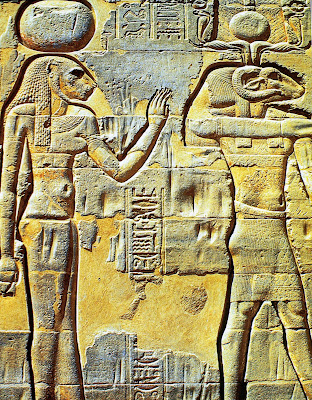 It is rare to see her without. But then, she firmly holds in a hand the scepter of the divine power or the Uas.
(As below, statue of the goddess in Karnak.) 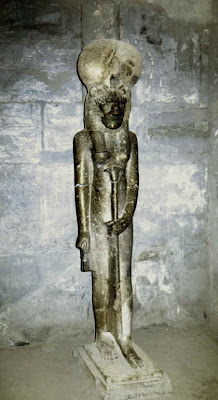 Sekhmet had the reputation of " eater of blood ", not knowing how to stop when she destroyed the enemies of the Great Sun. Merciless, she embodied the hot winds of aridity when her burning breath dried up lands.
It was more than enough to immediately liken Sehkmet to all kinds of epidemics and then, by analogy, to cardiovascular accidents, to inflammations and to high blood pressure.

Nevertheless, an efficient magus will know how to evoke the salutary power of Sekhmet, who, benevolent grants to whom deserves it ; will, stamina, power and influence.
Every being who is blessed and protected by Sekhmet gets an incredible charisma, an iron health, an outstanding dynamism, an immense beneficial strength.
In brief, she makes the Great Men, the Heroes.
(Below the lioness goddess in deep conversation with the Great God Thot, here under his shape of monkey and the vulture goddess Nekhbet). 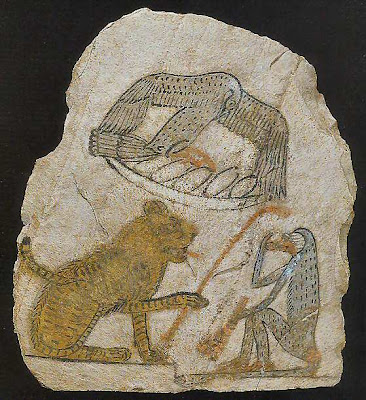 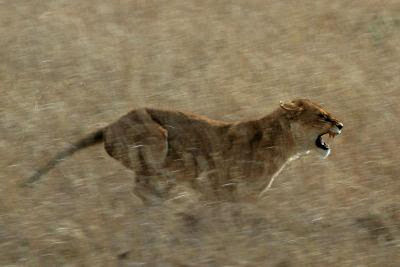 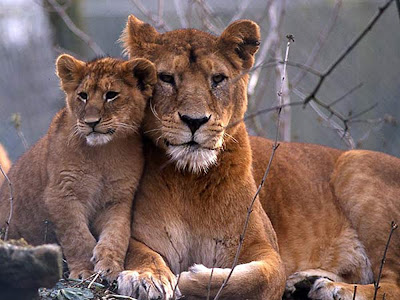 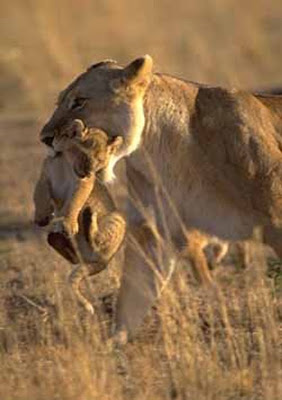 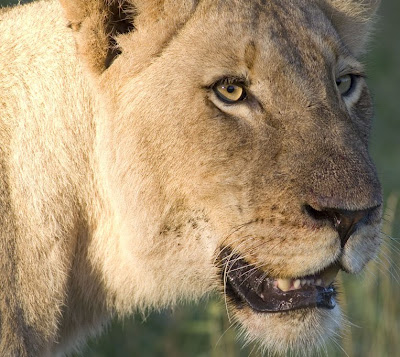 So she gives to all those who respectfully call upon her and worship her, a "ferocious" charm and seduction which will "throw" all men to their feet.
One also says that she chastises with the most terrifying rigor the rapists, the ones " who submit women ", the violent husbands.
Dragon-lioness, she spits her avenging flames on the wicked ones who dare to stand themselves up against the Gods and on the evil ones who attack her faithful human beings.

Thus warrior, amazon of ancient times, she protects men, women and Gods with her ardent arrows.
In order to completely apprehend the "Sekhmet concept ", it is essential to understand the notion ofFire.
She symbolizes the Celestial Fire AND the Earthly Fire. This double fire which is unified in her is profoundly creative.
The comparison is bold but could evoke the union of the first and seventh chakras.
The Fire becoming fluid and benevolent circulates and sows enjoyment, strength and power.


She reveals the true inspiration to artists and the innate knowledge to the zealous disciples and the understanding of the laws of the universe to the scientists.

(Above Bastet with head of lioness - sculpture in miniature, solid gold - This piece is part of the funeral precious assets of Oudebaounded, officer of the guards of Psusennes Ist - play the role of talisman during the life of the owner - Source L'or des Pharaons - H. Stierlin - Ed Terrail).

We shall come back on all these aspects when we shall study the Egyptian magic.